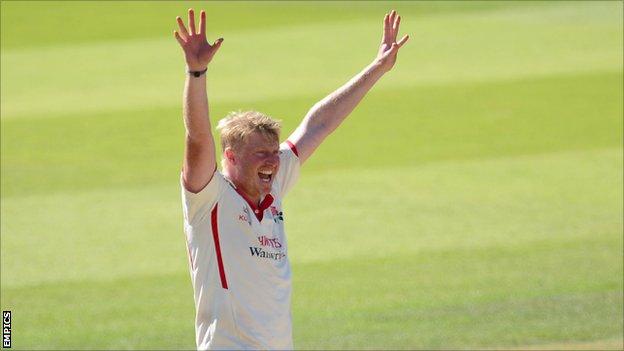 Veteran all-rounder Glen Chapple will remain as captain of Lancashire next season, despite the county losing their Division One status in September.

But 12 months later, the club were

"We'll be working hard, as always, to ensure that we progress in all competitions," said Chapple.

Head coach Peter Moores added: "Glen's experience as captain over the last four years puts him in the ideal position to lead the team back into the first division.

"He has the respect of all the players and support staff, and his commitment to the job is as strong now as when he was first appointed."

Chapple, who was will be playing in his 22nd season at Old Trafford.