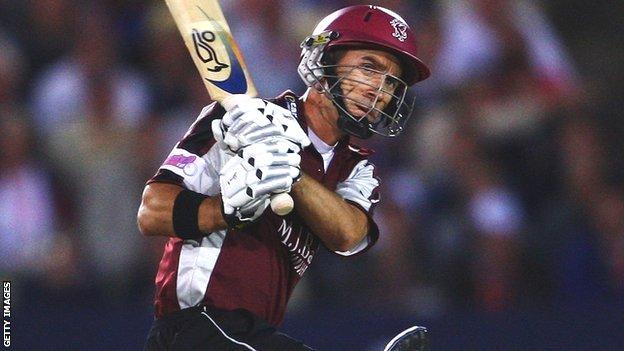 Somerset chief executive Guy Lavender says Justin Langer has not applied for the director of cricket job at Taunton.

The 41-year-old former Australia batsman, who is currently their assistant coach, played for Somerset between 2006 and 2009.

He has been linked with a return as director of cricket following Brian Rose's decision to stand down at the end of last season.

Langer retired in October 2009 after leading Somerset in the Twenty20 Champions League in India, and said he would be interested in a new role at Taunton.

In his last season at Somerset he helped the county finish runners-up in the Twenty20 Cup, come third in the County Championship and second in the Pro 40 competition.

Langer played 105 Test matches, scoring 7,696 runs at an average of 45.27, and eight one-day internationals for Australia.