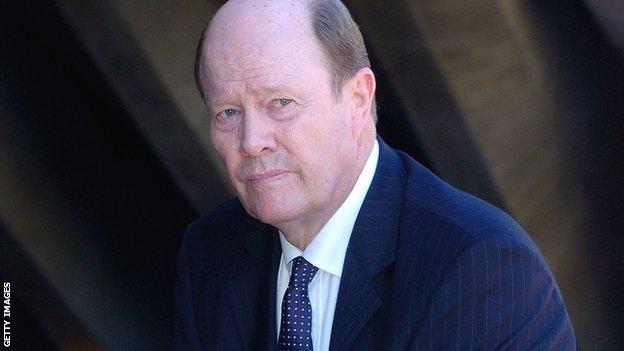 Former England captain Tony Greig has been diagnosed with a form of lung cancer.

He told Australia's Sunday Telegraph newspaper: "I have had a few scrapes in my life and this is another one."

Greig, 66, will have surgery this week to take a sample from his lung to determine the extent of the cancer.

The South Africa-born former Sussex all-rounder played 58 Tests between 1972 and 1977, including 14 as captain, before becoming a commentator.

Greig, who became aware he had a problem while commentating on Australia's limited-overs series against Pakistan in August and September, added: "[My wife] Vivian and I are going to put the boxing gloves on and fight this like we've never fought anything before."

At 6ft 6ins, Greig was one of the tallest players to have represented England when he made his Test debut against Australia at Old Trafford in 1972, seven years after his first Sussex appearance.

A right-handed middle-order batsman and medium-fast seamer who occasionally bowled off-spin, his all-round skills brought him 3,599 Test runs, including eight centuries, and 141 wickets. He was elevated to the captaincy in place of Mike Denness in the summer of 1975.

His controversial statement before the 1976 series against West Indies - that he intended to make the tourists "grovel" - passed into cricketing legend, but his biggest success as captain came when he led England to a 3-1 series win in India.

Greig lost the England captaincy in 1977 after it was revealed he had helped recruit players for Australian tycoon Kerry Packer's "rebel" World Series Cricket.

It was the start of a long association with Packer as, on his retirement from cricket, he settled in Australia and worked as a commentator for Packer's Channel Nine network. He has remained there ever since, becoming as well known for his media work as for his playing career.

Current Australia coach Mickey Arthur was one of the first people to send a message of support for Greig, tweeting: "Get well soon Tony Greig - thoughts are with you."