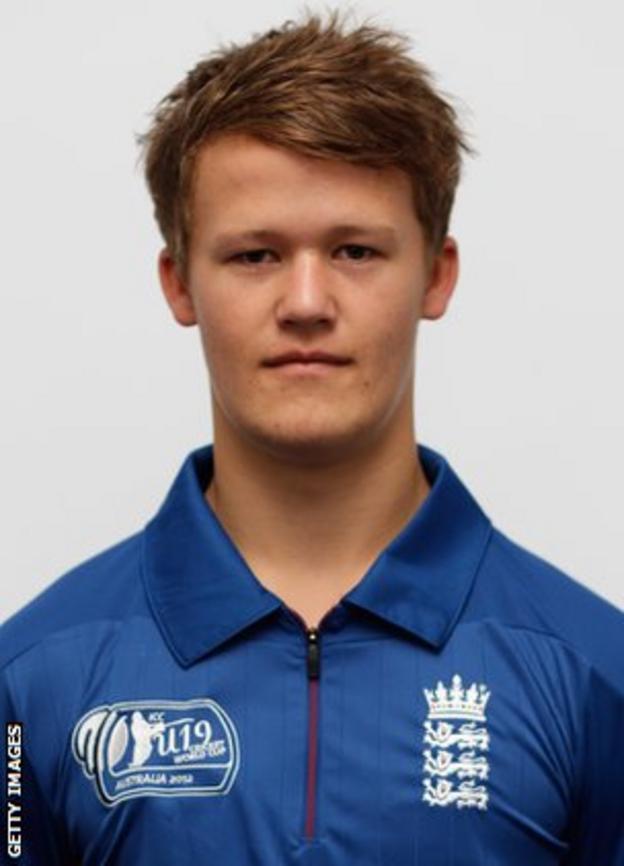 Northants wicketkeeper Ben Duckett has signed a professional contract with the club until September 2015.

The 18-year-old could feature more often after the departure of Niall O'Brien, although David Murphy remains on the staff.

Head coach David Ripley said: "Ben has all the ingredients to become a top class wicketkeeper-batsman.

"He's looked very assured in the 2nd XI environment and forced his way into the England U19 World Cup team at 17."

Duckett is continuing with his school studies until June 2014, when he will take up his full-time contract, although he will be available to play for Northants next season as well.

He made his Northants debut in the Twenty20 defeat by Gloucestershire in July and scored 45 and 55 in innings against Zimbabwe and Nepal for England Under-19s in August.

He is also touring South Africa with England Under-19s in January and February 2013.

Meanwhile, the club have agreed summer contracts for next season with academy graduates Rob Keogh, Christian Davis and James Kettleborough.

Ripley said: "James Kettleborough is a player that has shown he can score big hundreds in the 2nd XI.

Duckett is highly rated by his club and country. His Northants debut came in the Twenty20 Cup this year where he successfully fended off the great Muttiah Muralitharan.

Duckett's new contract and the three others offered to the academy products highlight a shift in policy of a county intent on giving their youngsters a chance to shine.

"He's always been a prolific run scorer and we're looking forward to him becoming an important member of the team and push for first team opportunities.

"Rob Keogh has shown good improvement over the last 12 months in his all-round game and in his overall attitude to cricket.

"We feel Rob will be able to contribute in all formats of the game, and we're particularly excited about him pushing on with his batting and fighting for a place in the top three positions in four-day cricket.

"Christian Davis has been with us for a very long time, and showed all his real ability versus Kent last season, which is very exciting. We will look at building that level of consistency in his cricket to catapult him in and around the first team."