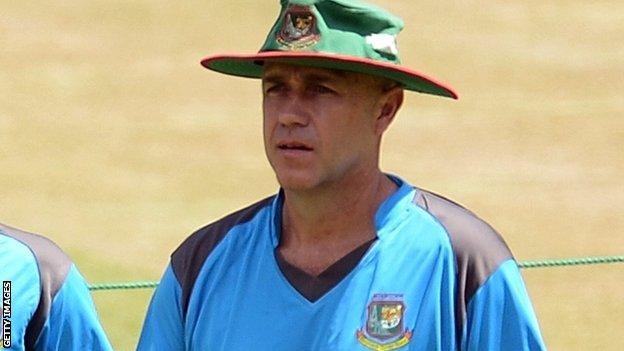 Englishman Richard Pybus has left his post as Bangladesh coach, only five months after taking the job.

The former Middlesex coach has quit with the Tigers only three weeks away from a home series against West Indies, leaving bowling coach Shane Jurgensen to take temporary charge.

A spokesman said a dispute over terms meant Pybus had led Bangladesh since June without a formal contract.

Pybus has also previously had two spells in charge of Pakistan.