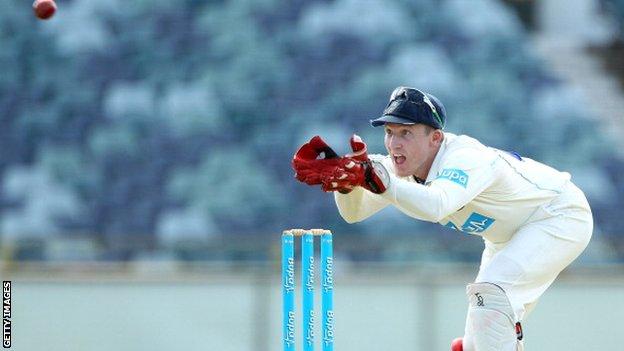 Wicketkeeper Brad Haddin has been left out of Australia's squad for next month's first Test with South Africa.

The 35-year-old has been replaced by Matthew Wade, 24, who impressed when he deputised for the 43-Test veteran in April's tour of the Caribbean.

Captain Michael Clarke said: "It was a tough decision. They're two very good wicketkeepers and whichever way we went, the team was going to be fine."

The first of the three-Test series is in Brisbane, starting on 9 November.

The other notable omission from the squad was 19-year-old fast bowler Pat Cummins, who claimed seven wickets in his only Test appearance - against South Africa in Johannesburg last year.

"We didn't feel as though Pat Cummins was ready to play in a Test match," said chief selector John Inverarity.