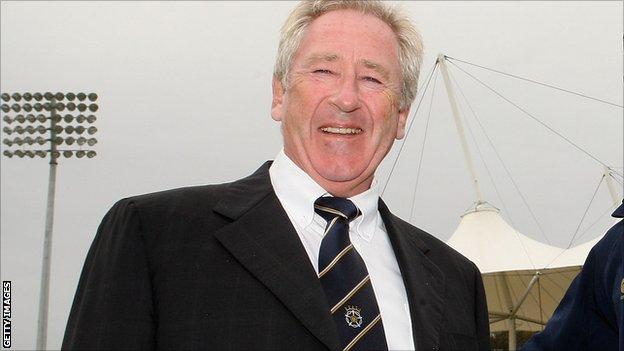 Hampshire chairman Rod Bransgrove is to step down from his role as the club's chief executive on 1 December.

In his time as chief executive, Bransgrove helped oversee the move to their Rose Bowl stadium as well as plan the new Hilton Hotel development there.

The 62-year-old, who has been chief executive since 2000, will be replaced by David Mann.

However, Bransgrove will continue in his role as chairman of the CB40 and T20 champions.

"It is a privilege to be taking over as CEO of this business," said Mann.

"We have a team of tremendously talented and committed people here.

"We look forward to building on Rod Bransgrove's achievements over the last decade and making The Ageas Bowl one of the finest venues in the country, a legacy for future generations and something the people of Hampshire can be truly proud of."