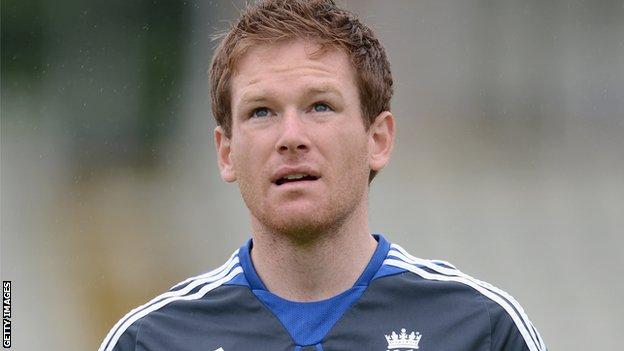 The county have not confirmed the length of the contract but Middlesex chief executive Vinny Codrington said he had signed a "long-term" agreement.

"We are absolutely thrilled that Eoin has chosen to commit his long-term future to Middlesex," he said.

"With the exceptional talent he possesses, Eoin is quite rightly regarded as one of the most gifted batsmen in world cricket today."

Morgan has been at Lord's for nearly a decade, and was recently handed a central contract for 2013 from the England and Wales Cricket Board after impressing in one-day and Twenty20 formats of the game.

The left-hander, who helped Middlesex to a third place finish in Division One last season - the club's highest finish in 17 years, averages 34.52 in first class matches and 25.80 in T20.

"We are delighted that we can continue to call upon his services whenever he is available to us here at Middlesex," Codrington added.