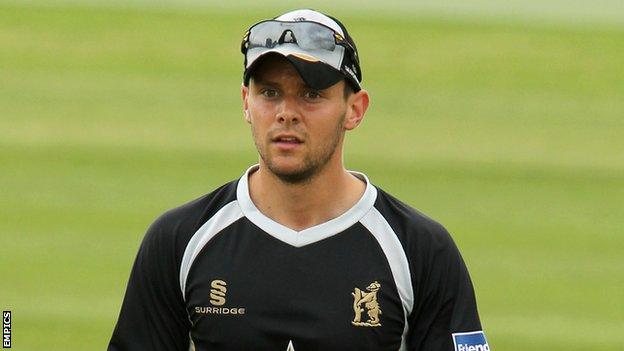 Piolet has mostly played in the limited overs game since joining in 2009, making 41 Twenty20 and 25 one-day appearances for Warwickshire.

The 24-year-old has agreed a new two-year contract with the side.

Milnes, 20, who is a product of the Bears' academy and was a part of this season's County Championship-winning side, has signed a three-year deal.

"Both Steff and Tom are good athletes, great team men and as young players have excellent potential to play a key role in the team for many years to come," assistant coach Dougie Brown told the club website.

"Steffan has put in some excellent performances in limited overs competitions and was one of our best bowlers in last season's Friends Life t20 with an economy rate of just a shade above a run-a-ball.

"Having been with the club since the age of 10, Tom is Warwickshire through and through and everyone was really pleased for him to make his County Championship debut earlier this season."