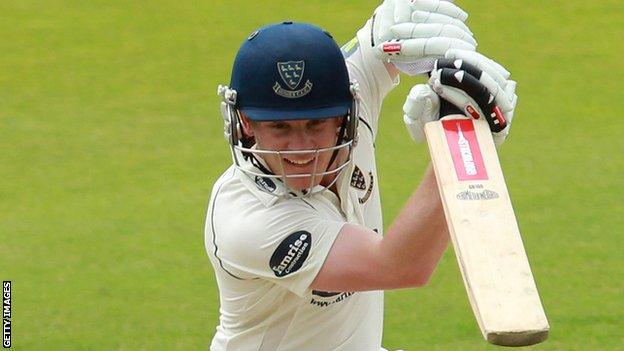 Sussex wicketkeeper-batsman Ben Brown has signed a new contract with the club, keeping him at Hove until the end of the 2014 season.

He said: "I'm really privileged to have signed for the next two years.

"I'm determined to be a major part of the club's future and I'm hopeful I can help us to win trophies across the next couple of seasons."

Sussex captain Ed Joyce added: "Ben's a hugely talented and hard-working cricketer and the improvements he made to his all-round game this year reflect that.

"He was also a huge help to me tactically on the field since I took over the captaincy."