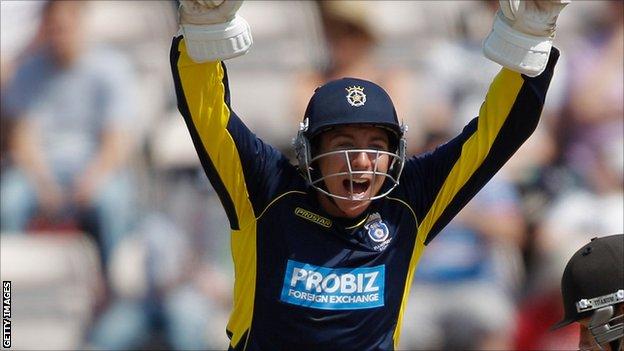 Hampshire wicketkeeper Michael Bates has signed a two-year deal to keep him at the club until the end of 2014.

Bates, 22, who became full-time first-choice wicketkeeper this summer, was out of contract at the close of the 2012 campaign.

"I am delighted to have been offered a further two years at Hampshire," said Bates.

"It's a brilliant place to play cricket and I'm thoroughly looking forward to being part of an exciting future."

Bates had a terrific campaign for Hampshire last season, finishing the summer with the joint-leading number of first-class dismissals (52) in the country.

He also equalled a ground record, taking six catches in an innings against Gloucestershire at The Ageas Bowl.