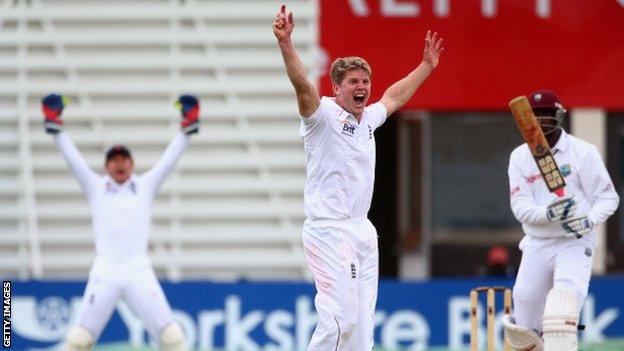 Meaker, 23, will fly to India next week and is expected to play in the final warm-up game - against Haryana on 8-11 November - before the first Test.

Finn suffered a thigh strain during the opening tour match against India A.

South Africa-born Meaker has played in two one-day internationals for England, both against India last October, but has not yet featured in a Test squad.

Born in Pietermaritzburg, the Surrey academy product signed a new three-year deal with his county in September after taking 44 wickets in this year's County Championship at an average of 22.56.

Finn, who only managed four overs against India A before he pulled up while fielding, is competing for fast bowling spots with James Anderson, Stuart Broad, Graham Onions and Tim Bresnan.

Meaker's arrival this week - which is subject to his obtaining the necessary visa - will temporarily swell the England squad to 18 players, although he will return to England's Performance Programme squad once Finn is available for selection.