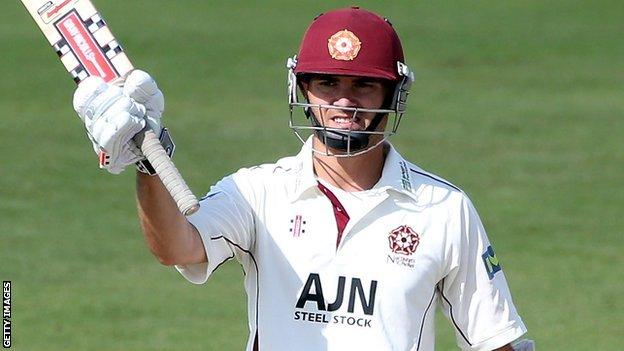 Northamptonshire have named Stephen Peters as their Championship captain for 2013 following Andrew Hall's decision to step down from the role.

Opening batsman Peters, 33, has hit 7,034 first-class runs at an average of 40.89 for the club and will lead the side in his testimonial year.

Batsman Alex Wakely will be Peters' vice-captain but will skipper the side in the CB40 and T20 competitions.

All-rounder Hall has quit the captaincy to focus on his own game.

"We believed the splitting of the roles between red and white ball cricket was something that had been identified by a number of counties as the best way forward in the modern day game," said chief executive David Smith.

Hall, 37, took over from fellow South African Nicky Boje midway through the 2010 campaign and narrowly missed out on leading them to promotion to Division One the following summer.