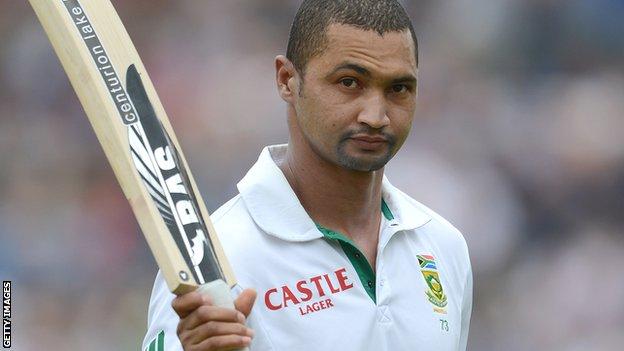 South African opening batsman Alviro Petersen has agreed to join Somerset for the first part of the 2013 season.

The 31-year-old has played for two other English counties - Essex and Glamorgan - and will remain at Taunton until the start of the T20 competition.

"Somerset are a successful team in all forms of cricket and I look forward to becoming part of the setup," the 31-year-old told the club website.

"I hope that I can help Somerset win some trophies in 2013."

Petersen is currently making his 17th Test appearance for South Africa and was dismissed for 64 in the first innings of their first match against Australia in Brisbane, which began on Friday.

He played all three matches of the recent series victory in England, in August.

The Port Elizabeth-born batsman has also featured in 17 one-day games two T20 internationals for his country.

Somerset chief executive Guy Lavender added: "He is an exceptional player and has an impressive record as a batsman, which he demonstrated during this summer's series against England.

"We look forward to welcoming him to Taunton in the spring."