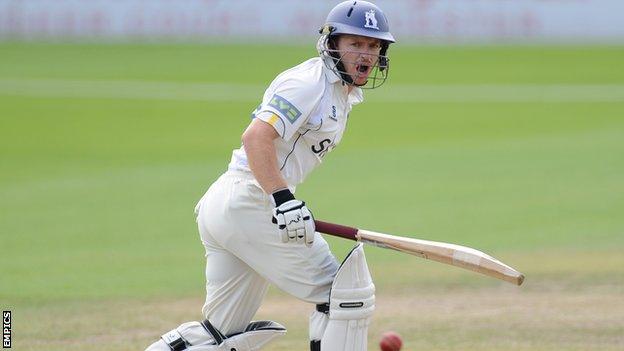 Former captain Westwood, 30, who has played in 108 first-class matches since coming through the youth ranks at Edgbaston, has agreed a two-year deal.

Ateeq is an exciting, young batsman with a great future ahead of him

Javid, 21, has agreed a two-year deal after captaining the Bears to the Second XI title.

The young batsman has made eight first-class and three one-day appearances to date for Warwickshire.

"Tim and Ian have been key members of the senior squad for several years," said Bears assistant coach Dougie Brown.

"They both played a major role in the County Championship win and, to secure their futures here at Edgbaston, is a great boost.

"Ateeq is an exciting, young batsman with a great future ahead of him. He's constantly looking at ways to improve his game and has recently returned to Australia after spending last winter there.

"He just needs to keep working hard and grasp his opportunity to become an established member of the senior team when it comes."