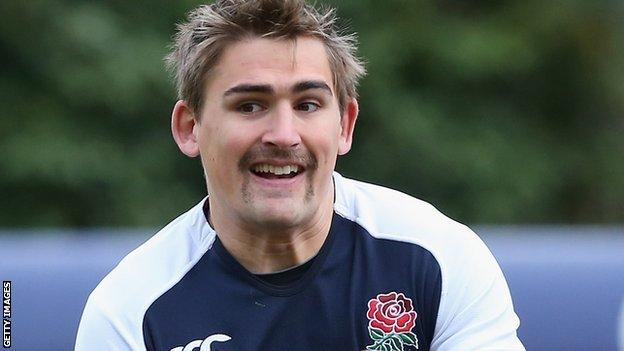 Ioane was speaking ahead of Saturday's Cook Cup international against England when he will line up against returning Saracens winger Chris Ashton.

Flood said: "I can see where Digby is coming from. He [Ashton] is from Wigan. It's the homeland of all supermodels."

Catt said: "Everyone has their opinion. That's his choice if he fancies them."

This game is as big as it gets. For everyone who gets to play against Australia, the game always has an extra bite to it

Ioane has missed the last two Tests with a knee injury but was bullish ahead of his return this weekend at Twickenham.

"The England wingers are pretty, really good looking. I just can't wait to go against them," he said.

"I'm looking forward to this game because I want to redeem myself."

Flood was amused by the comments aimed at players such as Ashton, who returns after being suspended for last weekend's 54-12 win over Fiji.

"He [Ashton] will take it, but I think everyone realises he's probably not [pretty]. He's got that see-through skin tone," Flood told BBC Sport.

"I don't think we're really too bothered [about the comments]."

Flood said England are "being very cautious about reading too much" into Australia's defeat against France and added that this weekend's fixture is always a thrilling prospect.

"This game is as big as it gets," added Flood. "For everyone who gets to play against Australia, the game always has an extra bite to it.

"We're aware that it's a big one for us and the fans and we'd love to go out there and play well."