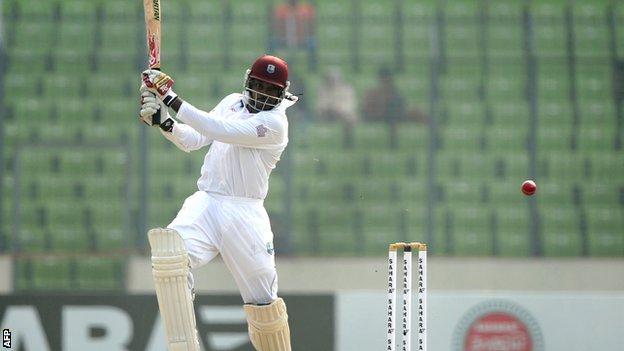 Chris Gayle has become the first player ever to hit a six off the first ball of a Test match.

It was the 2,051st Test in history since the first match in 1877 but Gayle's luck eventually ran out when Gazi had the opener caught for 24.

Gayle has now smashed a total of 84 sixes in his Test career to reach joint sixth on the all-time list.

The 33-year-old Jamaican is known for his flamboyant style, and his seven Twenty20 centuries are more than any other player in that form of the game.

West Indies closed the first day of the Test on 361-4 thanks to 123 not out from Shivnarine Chanderpaul and 117 from Kieran Powell.