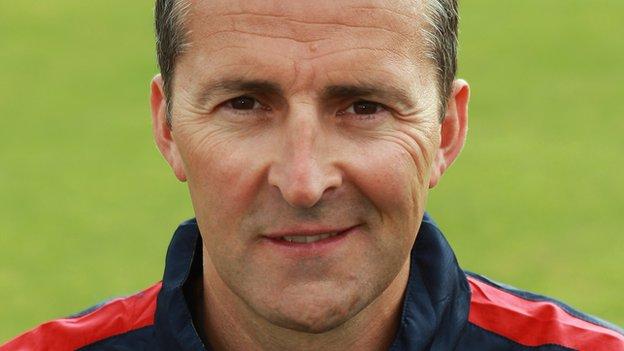 He told BBC Essex: "We'd like to bring an overseas batsman in for the start of the season."

"We've got five bowlers but we'd like another one. We're hoping to do a deal with someone by the end of the week."

Essex expect to be without Ravi Bopara, Owais Shah and Ryan ten Doeschate at the start of next season because of the Indian Premier League.

"We're speaking to a batsman at the moment that doesn't play IPL cricket. He's an international player, it would be nice to do something pretty quickly," Grayson added.

Meanwhile, he has backed Essex batsman Alastair Cook to succeed as captain of the England Test side, ahead opf the start of their series in India.

Cook has taken over from Andrew Strauss following the latter's retirement and Grayson is confident he can handle the extra burden.

"I see it being no problem, his record in the last couple of years has been outstanding in Test cricket.

"I think you'll find his career statistics will go from strength to strength for the next few years," he said.