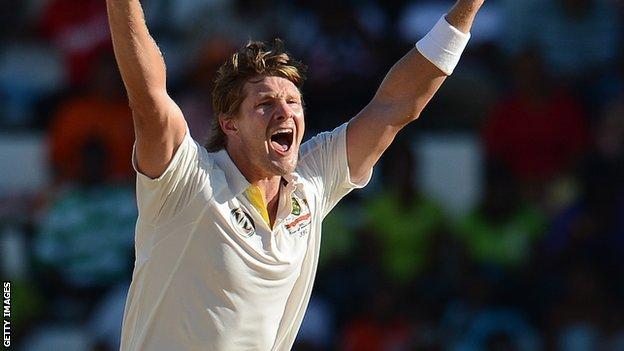 Australia have included all-rounder Shane Watson in their squad for the second Test against South Africa at the Adelaide Oval.

Watson missed the drawn first Test at the Gabba with a calf injury, a problem that will be assessed before the second match begins on Thursday.

Australia will replace South Africa at the top of the Test rankings with victory in the three-match series.

"Shane Watson is making steady progress from his calf injury, but it is too early to determine if he will be fit to come under consideration for selection," said national selector John Inverarity.