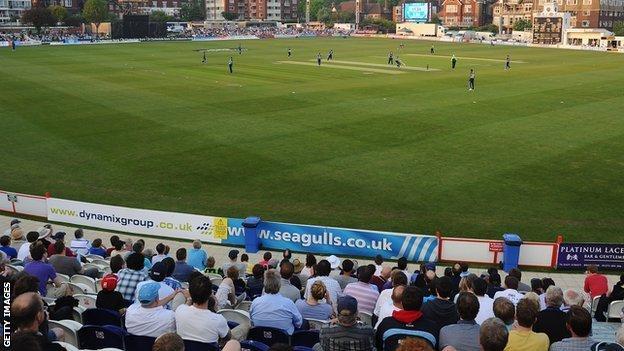 Sussex have confirmed their players were approached to fix a Clydesdale Bank 40 match in 2011.

The one-day game against Kent is mentioned in a newly published book about corruption in cricket.

Sussex say an internal investigation found no evidence of wrongdoing, and that they reported the approaches - and their findings - to the England and Wales Cricket Board.

Kent beat Sussex by 14 runs in the game at Hove, which was televised live.

A Sussex statement read: "In conjunction with the ICC (International Cricket Council), a full investigation was undertaken with nothing untoward coming to light, and the club's prompt action receiving praise.

"There have been no further reports made to the club concerning any Sussex matches.

"As a club, we are committed to ensuring that the game's integrity is not breached at any time and we will continue to take a full and leading role in the ECB's endeavours to protect the game."

Essex pace bowler Mervyn Westfield was jailed for four months in February this year after admitting a corruption charge relating to a 2009 game against Durham in the same domestic competition.

Team-mate Danish Kaneria was banned for life by the ECB for corruption.

In the most high-profile case of fixing, three Pakistan players - Salman Butt, Mohammad Asif and Mohammad Amir - and their agent, Mazhar Majeed were jailed last year for their part in a plot to bowl deliberate no-balls in the Lord's Test against England in 2010.

However, the ECB warned last year that county cricket was at greater risk than international cricket of match-fixing and spot-fixing - betting on elements within a game.

The book, entitled 'Bookie Gambler Fixer Spy: A Journey to the Corrupt Heart of Cricket's Underworld', claims to reveal details of match-fixing in cricket.