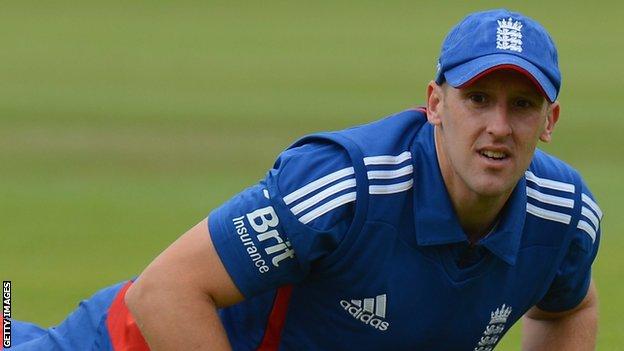 Off-spinner Tredwell, like Key, has spent his entire playing career with the county.

"It is a hugely proud moment for me," said 30-year-old Tredwell. "Hopefully I can do it justice and keep moving forward. You dream of it."

As a captain, I never scored the amount of runs I did as a player. If Treddy wants advice, I'll always be there for him

However they were relegated in 2010 and last season finished third in Division Two, missing out on promotion after being in contention until the final round of games.

Their performance was a marked improvement on the previous season, when they finished second bottom and consequently parted company with director of cricket Paul Farbrace, appointing former West Indies captain Jimmy Adams in his place.

But Key said the captaincy had worn him out and that now was the right time to stand down.

"Kent are starting to move forward and with Treddy [Tredwell] that will continue," he said.

"I enjoy playing cricket here at Kent, but it takes a lot out of you. As a captain, I never scored the amount of runs I did as a player. If Treddy wants advice, I'll always be there for him."

Tredwell, who has played one Test and nine one-day internationals for England, said he had little hesitation in accepting the job.

"It's daunting, but we've got some young lads coming through and we've got the blend of experience where those lads can blossom."