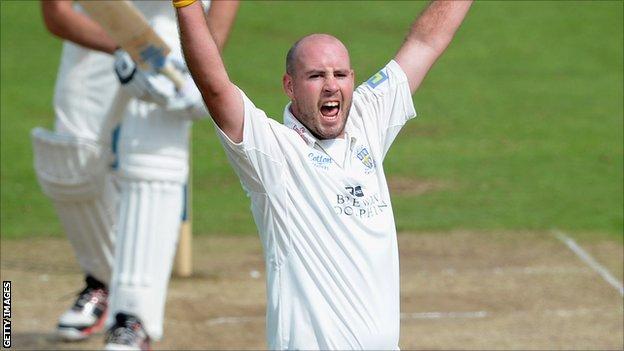 Chris Rushworth has extended his contract at Durham until the end of the 2014 County Championship season.

"2012 was tough but on a personal level I was delighted to take 38 championship wickets, and felt for the first time I'd really established myself."

Sunderland-born Rushworth, an academy product at Durham, made his first-class debut in 2010 and has since played 21 first-class games.

"It's a huge year for the club and hopefully we can perform to the levels we know we can and bring some silverware back to Durham."