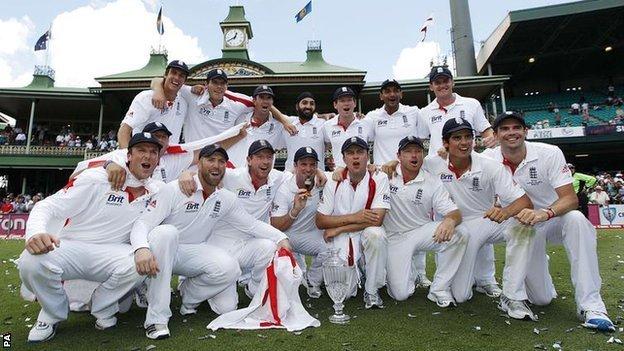 The Gabba in Brisbane will once again host the first Test of the Ashes winter series in 2013-14.

The opening game of the five-match series - the second part of the first back-to-back Ashes since the 1970s - will take place on 21 November.

England had been due to head down under a year later, but the event was brought forward to avoid a clash with the 2015 World Cup in Australia and New Zealand.

The England team last won the urn on Australian soil in 2011.

With England's historic triumph in the 2010-11 Ashes series still fresh in the memory, we anticipate there will be significant travelling support for Alastair Cook's team in Australia next winter and a tremendous atmosphere at each host venue

The second Test will take place in the Adelaide Oval from 5 December, while the Waca in Perth hosts the third match from 13 December.

The MCG in Melbourne will be the venue for the fourth Test beginning on Boxing Day and the series will conclude at the SCG in Sydney from 3 January 2015.

As well as the Test series, England will play warm-up matches against Western Australia, Australia A, New South Wales and a Chairman's XI.

The series will be followed by five one-day internationals and three Twenty20 internationals between the two countries, dates of which are to be confirmed.

England and Wales Cricket Board chief executive David Collier said: "The historic sporting rivalry between these two countries ensures there is always intense interest in this tour, and all cricket fans will be looking forward to what promises to be one of the major highlights in next year's sporting calendar."