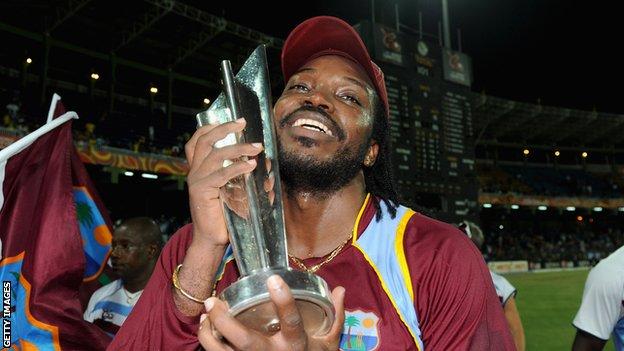 Glamorgan will play Twenty20 world champions, West Indies in 2013 in a warm-up game at the Swalec Stadium for the Champions Trophy.

The county will host the West Indies before the Cardiff ground stages five matches in the Champions Trophy.

Glamorgan last played a full touring side in 2002 against Sri Lanka.

The club will celebrate their 125th anniversary with a Friends Life T20 match against Warwickshire at Rugby School on 6 July, 2013.

The 2013 fixture list confirms Glamorgan will begin their LV County Championship Division two campaign with a home match in Cardiff against Northamptonshire starting on 10 April.

The county's annual trip to Colwyn Bay in May sees them play a four-day match against Lancashire.

At Swansea, Glamorgan play two matches against Leicestershire in August.

Glamorgan will also play a championship match at Old Trafford against Lancashire in July for the first time since May 2001.

As well as a first ever visit to Rugby School Glamorgan will also be playing a T20 match as part of the Cheltenham Festival when they meet the Gloucestershire Gladiators at the College ground on Sunday, 21 July.

The season will finish with Glamorgan playing Gloucestershire at the Swalec Stadium in a County Championship fixture starting on Tuesday 24 September.