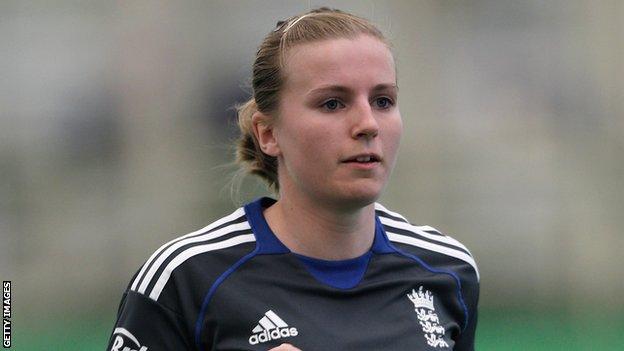 England all-rounder Holly Colvin has been appointed as the captain of Sussex Women following the retirement of previous skipper Caroline Atkins.

"Having grown up playing cricket for Sussex it is such an honour to have been given this accolade," she said.

"I am thoroughly looking forward to leading such a talented group of players to what hopefully will be just as successful a season as last year."

Chichester-born Colvin, who made her Test debut for England at the age of 15, has played five Tests, 59 ODIs and 43 T20 internationals.

She was a part of the side which was beaten by Australia in the final of the Women's World Twenty20 last month.

Fellow England international and wicketkeeper-batsman Sarah Taylor has been named as the club's new vice captain.

Sussex Women's coach Charlotte Burton said: "Both players have a wealth of experience and knowledge of the game.

"They are highly respected by all the team and I know they will get the most out of all the players this season."