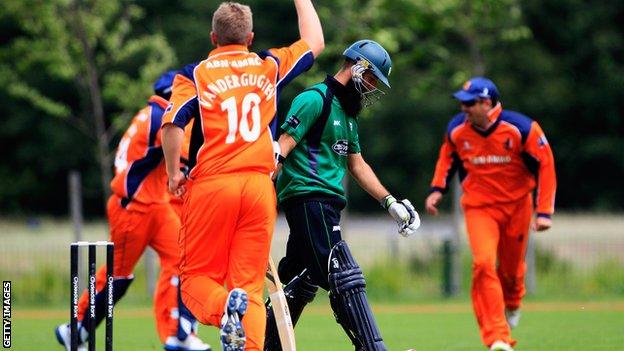 Netherlands will play Nottinghamshire in a CB40 match at Truro as part of the Cornish Cricket Festival in June 2013.

The game comes after the festival this summer.

"For Cornwall to get a league game of this magnitude is amazing for the county," said Cornish Sporting Club's director Alan George.

"It makes the county the envy of all of the other non-professional counties in the UK."

The Dutch Cricket Board says it was keen for the team to play in the festival after hearing good reports about the 2012 event. They usually play their home games in the Netherlands.

"After hearing such great feedback about the 2012 Cornish Cricket Festival we are looking forward to playing one of our 'home' games in front of a packed Cornwall crowd with a great atmosphere," he said.

"This also allows us to attract more international cricket to the Netherlands in the June period."