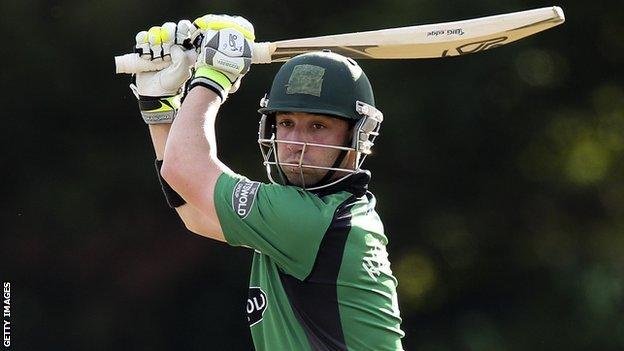 Worcestershire have opened negotiations to bring back Australian Phil Hughes as their overseas player for next season.

The county's director of cricket Steve Rhodes has just returned from a 10-day trip down under to meet the left-handed opening batsman for preliminary discussions over a return to New Road.

Hughes did not repeat his Middlesex heroics of 2009 when he hit 574 County Championship runs in just three games.

But he performed creditably enough this summer, notably in one-day cricket.

I wasn't totally sure how Phil would fit into our dressing room. But he proved to be a really good fun character

"I wasn't totally sure how he'd fit into our dressing room," Rhodes told BBC Sport.

"But he loved it with us, came out of himself and proved to be a really good fun character."

Hughes has continued his form back in Australia's summer, hitting 518 runs in five Sheffield Shield matches for South Australia, as well as making 250 runs in four Ryobi One-Day Cup games.

In the light of next season's Ashes series, that could lessen Worcestershire's hopes of re-signing Hughes

But, if he fails to get selected and can be tempted into committing to a further season at Worcester, it would massively increase the relegated county's chances of making an instant return to top-flight Championship cricket.

"We had a verbal agreement with him at the end of last season," Worcestershire chief executive David Leatherdale told BBC Sport. "Now Steve Rhodes has had another chat with him out in Perth.

"And it could all depend now on who gets picked for what tour parties."

Rhodes' trip to Australia also allowed him to monitor the progress of two of Worcestershire's younger players who have headed there over the first half of the winter. wicket-keeper Ben Cox and paceman Nick Harrison.