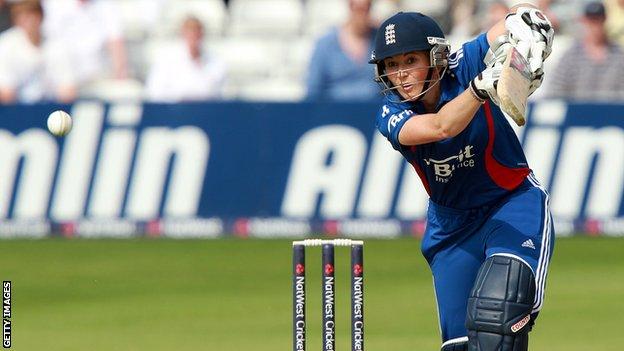 England will open the defence of their Women's World Cup by facing Sri Lanka on 2 February in India.

Charlotte Edwards's team have been drawn in Group A and face India and West Indies in their two other games before the Super Six stage starts.

Group B is made up of Australia, New Zealand, Pakistan and South Africa.

Hosts India open the tournament on 31 January against the West Indies, with the final held at the Wankhede Stadium in Mumbai on 17 February.

Tournament director Suru Nayak said: "The tournament will be played in the city of Mumbai, which holds a special place in the history of the sport.

"The world's leading female cricketers will display their skills on grounds where some of the greatest cricketers of all time have practically grown up."