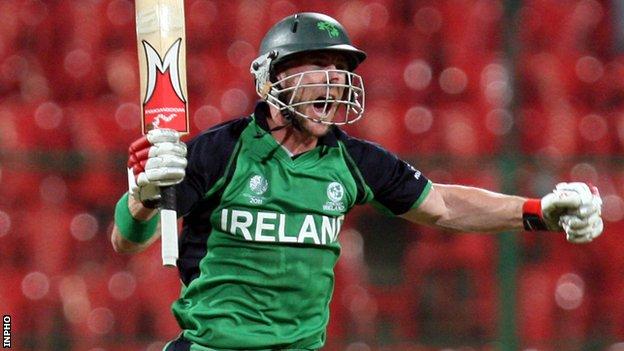 Ireland coach Phil Simmons says his side can achieve another victory over England in next September's one-day international at the revamped Malahide.

The Irish shocked England at last year's World Cup in India although the tables were turned in the one-day clash at Clontarf five months later.

"There is a new belief in Irish cricket," said Simmons.

"That comes from the confidence the players have got from beating teams like England."

Simmons added: "There's no doubt in my mind that the result in Bangalore brought home to the squad that they belong at the elite level.

"The professionalism on the field has been matched by events off it and the new international venue at Malahide is going to be a fantastic resource for both the players and the fans.

"It's bound to be a magnificent occasion as we take on England and I'm sure the fans will once again come out in large numbers to support the team."

The venue in north county Dublin has undergone major renovations over the past three years and has a 11,500 capacity.

Therefore, the 3 September game is expected to attract the biggest-ever crowd for a cricket international in Ireland.

John Mooney, who struck the winning runs for Ireland in the shock win in Bangalore, is relishing the prospect of the England clash in his home area.

"There's always an extra edge and a great atmosphere when Ireland play England at any sport and it brings out the best in us all," said the Dubliner.

"It's extra special for me in the fact that the game is in Fingal and I'm hoping the new venue at Malahide turns into a real fortress for Irish cricket."