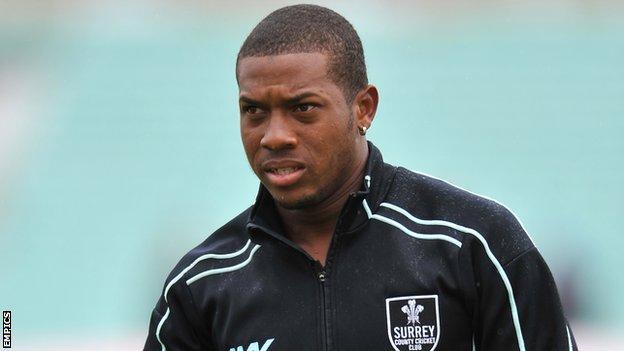 Sussex have completed the signing of former Surrey all-rounder Chris Jordan on a two-year contract.

The 24-year-old Barbados-born player was released by The Oval outfit at the end of last season.

He said: "I had five enjoyable years at Surrey but felt it was time for a new challenge and chapter in my career.

"As soon as Sussex expressed an interest in me it became clear it would be an exceptional place to continue my cricketing development."

He added: "Meeting with [cricket manger] Mark Robinson and [first team coach] Mark Davis and looking around the club further confirmed that the set-up at Sussex is perfectly suited to helping me achieve my career goals and ambitions of becoming a top class all-round cricketer."

Robinson described Jordan as a player who has "enormous potential".

"He can bowl genuinely quick and has the ability to be able to bat at number six or seven, and is a natural athlete in the field," Robinson said.

"As yet, he hasn't been able to find the consistency needed to fulfil his potential.

"He is still young and we hope we can help Chris fulfil this rich promise."