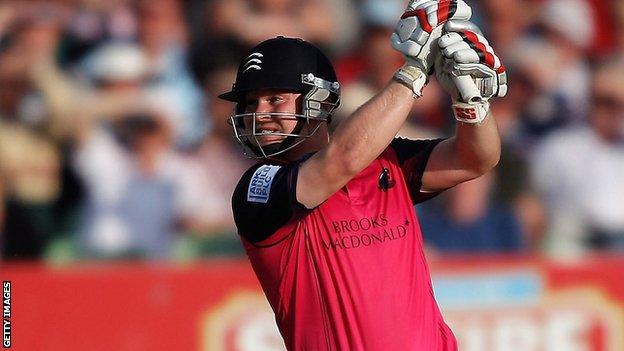 Middlesex batsman Paul Stirling has signed a new three-year contract with the club.

The 22-year-old Ireland international has been an integral part of Middlesex's one-day teams over the past two years, scoring over 1,200 runs.

Managing director of cricket Angus Fraser said: "Paul is without doubt one of the most exciting young cricketers in the world.

"It is our aim to get him into first-class [four-day] cricket too."

"We believe he has the ability and potential to be equally destructive in this form of the game," Fraser added.

"I have seen very few batsmen strike the ball as cleanly and hit the ball as far as Paul.

"On his day he is almost impossible to bowl at, such is the array of strokes he can play.

"It should not be long before the England selectors begin enquiring about his availability as he would add a great deal to their one-day and T20 team."