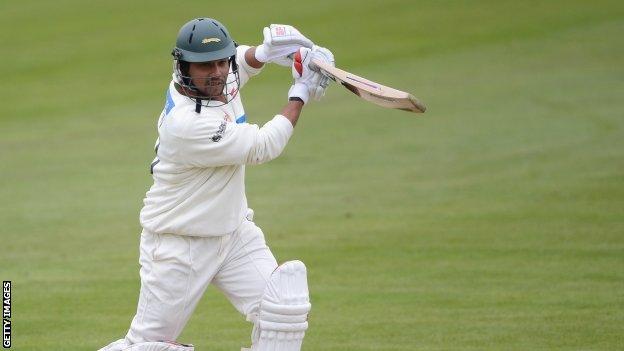 Batsman Sarwan, 32, impressed during his first season at Grace Road, with a Championship batting average of 40.91 and has a contract until 2014.

Hoggard, who was named captain when he joined ahead of the 2010 season, gave up the one-day skipper duties in July.

"I have enjoyed being captain but feel it is the right time to hand over the reins," Hoggard, 35, said.

Chief executive Mike Siddall added: "The club wishes to acknowledge the contribution Matthew has made as captain of the club over the past three seasons, leading the team to a fantastic third T20 trophy win last year."

"It is important for everyone to get behind Ronnie (Sarwan) as we look to take the club forward."