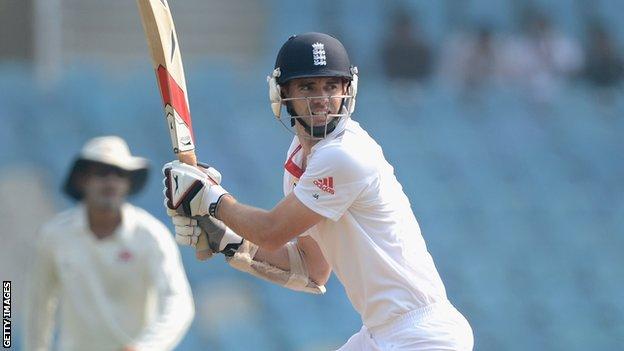 James Anderson and Jonathan Trott have been replaced by Chris Woakes and Jos Buttler in England's one-day squad to face India.

Fast bowler Anderson, 30, and batsman Trott, 31, impressed in England's Test series victory and are being rested.

Joe Root, who was also one of the stand-out players in Nagpur, has been named in the Twenty20 squad.

Eoin Morgan will captain England in the absence of the injured Stuart Broad for this week's two T20 games.

An ECB statement read: "Woakes and Buttler replace Anderson and Trott in the India ODI squad as the selectors look to manage workloads."

England play T20 internationals with India on 20 and 22 December, before returning home for Christmas and the new year.

They return to India in the first week of January for the one-day series.