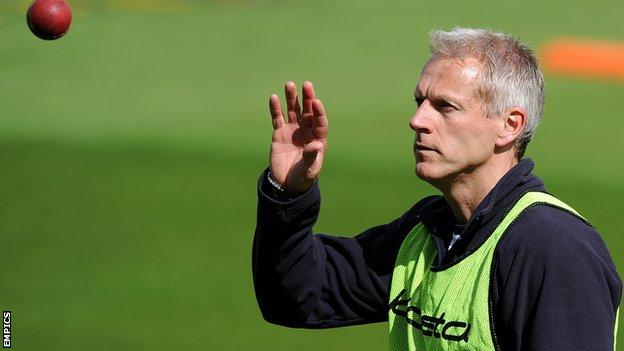 Head coach Peter Moores has extended his contract with Lancashire, keeping him at Old Trafford until the end of the 2014 season.

Moores, 50, agreed a two-year deal in January after guiding the Red Rose to their first outright Championship title victory for 77 years in 2011.

But the club suffered relegation to Division Two in September.

Moores joined Lancashire in 2009, five weeks after leaving his position as head coach of the England team.

He departed following a rift with then-captain Kevin Pietersen.

Before his spell with the national side, he had coached Sussex to the first County Championship title in their history in 2003, having won promotion the previous year.

His achievements with Sussex eventually resulted in him being appointed director of the National Cricket Academy in 2005, before replacing Duncan Fletcher as national team coach.