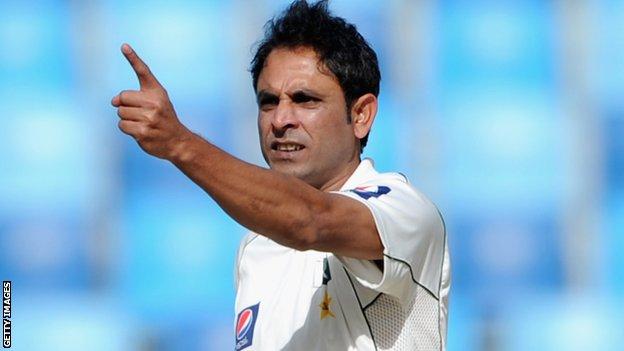 Coach Andy Hurry says Somerset had no qualms in bringing Abdur Rehman back to Taunton despite his drugs ban.

The 32-year-old Pakistan bowler received a 12-week suspension from the England and Wales Cricket Board after testing positive for cannabis during his stint with the county last season.

His ban ends on 21 December and Somerset announced on Monday he has re-signed for part of the 2013 season.

"I have every confidence in him," Hurry told BBC Somerset.

"People make mistakes, he's accepted the punishment and it's about moving on now.

He came in and made a huge impact - not only on the field but in the way he worked with the young spin bowlers as well.

"It's great that we've given him the opportunity to come back and play."

Rehman spent the last month of the County Championship season with Somerset and took 27 wickets, including a career-best 9-65 against Worcestershire in the final match.

The spinner, who has taken 81 wickets in 17 Tests for his country, failed a drugs test following day two against Nottinghamshire on 8 August - his first four-day game.

But Hurry said he was happy to welcome the player back after making such an impression during his first spell.

"During the back end of last season he showed us what a world-class performer he is and what a match winner he proved to be.

"He came in and made a huge impact - not only on the field but in the way he worked with the young spin bowlers as well.

"He was really powerful and everyone benefits from him being around."