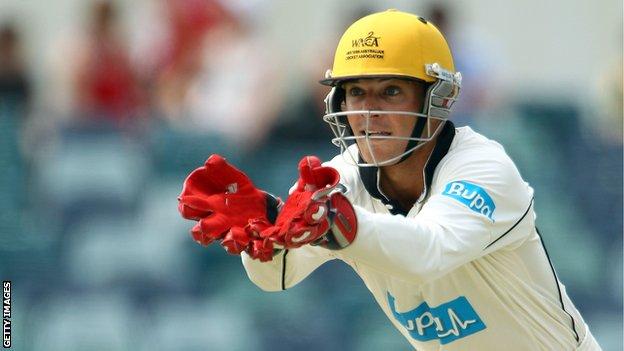 Worcestershire have agreed a deal to bring wicketkeeper Michael Johnson to New Road for the 2013 season.

Perth-born Johnson, 24, who made his first-class debut for Western Australia in 2009, will compete for the gauntlets with Ben Cox, following last summer's release of Ben Scott.

The former Australia Under-19 international holds a dual passport.

"I am looking forward with interest to the healthy scrap for the gloves with Ben Cox."

Johnson added: "I am very much looking forward to working closely with Steve Rhodes and the rest of the squad.

"I hope to be a part of the developing team that brings success to New Road. I can't wait to get started."