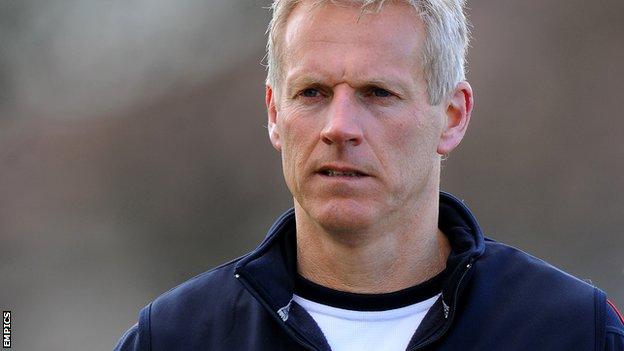 Peter Moores will continue to nurture young, local talent after extending his contract as coach of Lancashire.

A team containing a number of homegrown players in 2011, but were

"We've got some work to do but we've got the same goal that we've had all the way, which is to develop our own players," he told BBC Radio Lancashire.

"To be able to be involved with that and keep that going is very exciting."

has signed from Hampshire, while will also be joining in 2013.

Moores continued: "We needed some seniority within the squad because we'd lost some. In Kabir Ali and Simon Katich, we've found two senior players.

"Kabir is a skilful cricketer and he's had some challenges with injuries over the last few years, but we're hoping he's come through that now. He's working very hard and he's in great shape.

"In Simon, we get an international cricketer who is tactically astute and a fierce competitor.

"They will add a lot to the squad and will give good support to Glen Chapple as captain."

Moores is also hopeful that South Africa batsman Ashwell Prince will return in 2013.