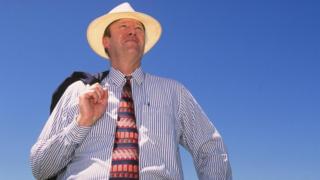 Speaking to Radio Five live's Jonathan Agnew in 2012, Tony Greig, who died in December aged 66, said he had no regrets over anything he had done in his career.

Refering to comments made in 1976 where he famously said that he intended to make the West Indies "grovel", the South African born England captain admitted that his choice of words was "silly" and had no idea how he came to use the word - which offended England's opponents and made them more determined to win.

Greig never got the chance to play for his home country of South Africa and spoke about being a South African in an English team admitting that given the choice "everyone would prefer to play in their own neck of the woods".