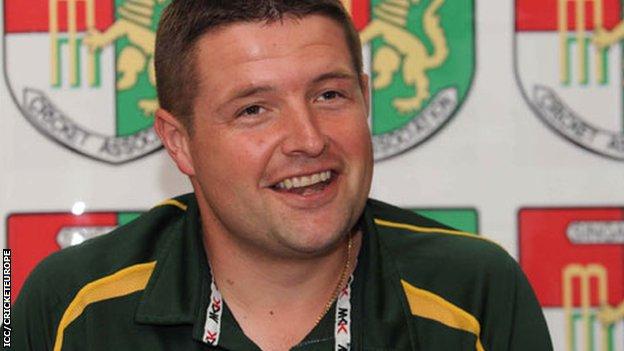 Guernsey cricket captain Stuart le Prevost is to step down from the role.

The 35-year-old has been at the helm of the island side for seven years, during which time they have become an international cricketing nation.

He has led Guernsey to and has been playing for the island for 18 years.

"I think I've done my time and it's time for someone else to come in and take over the reins," Le Prevost told BBC South West Sport.

"Age is a concern, I'm getting a bit older now, and I have a young family at home and the way that the local cricket scene has progressed so much it's become much more of a commitment."

Le Prevost will continue to play for his club side Cobo and will still be heavily involved in island cricket, both in coaching and through his role as the Guernsey Cricket Board's groundsman.

But he says with the increase in commitment that is needed for the team it is harder to balance his personal life with cricket.

"The first season I was involved with Guernsey, we played three games against Hampshire Maniacs, the MCC and Jersey.

"You got a letter in the post to say you were selected and I took two days off work all year for cricket.

"There was no training, you just turned up and played and some of the team put their cigarettes out minutes before walking on the pitch.

"I'm lucky in that my job is in cricket so I can get the leave, but for guys who work in [a] bank and have a family it's massive commitment."

But Le Prevost says he is in no doubt as to what his highlight has been.

"The cricket we played was excellent and we got some tremendous results to make it a fantastic trip all round."