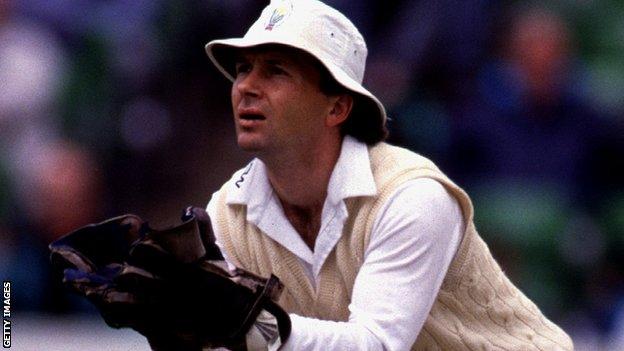 Colin Metson, Glamorgan's former managing director of cricket, has been made redundant by the county.

Metson, 49, had been moved from managing director of cricket to take on the role of community and cricket development manager in 2011.

The appointment of Metson as Glamorgan's managing director of cricket caused turmoil in the Welsh club in 2010.

His move to the role of community and cricket development manager saw him relinquish responsibility for first-team matters.

They were taken over by Matthew Mott, who moved from coach to head of elite performance.

The club says the role of community and cricket development manager has been made redundant for cost reasons.

Glamorgan chief executive Alan Hamer will now oversee all aspects of the club's cricket in the community activities.

Metson started his playing career at Middlesex where he was an understudy to Paul Downton, appearing only when Downton was on international duty from 1981 until 1986.

He joined Glamorgan in 1987 and became their first-choice wicketkeeper before Adrian Shaw was preferred in 1997, the year the club won the County Championship. Metson retired from playing in 2001.