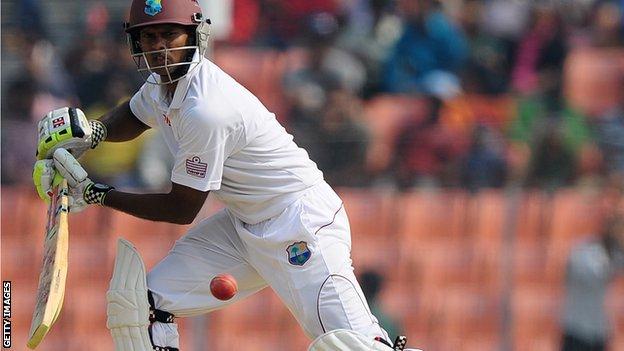 He is expected to be available for all three domestic competitions during the upcoming 2013 campaign.

"I'm excited to be joining an ambitious club with a talented young side," he told the Derbyshire website.

"I was impressed with [head coach] Karl Krikken's vision for the team and am looking forward to linking up with them at the start of the season."

As part of the deal, Derbyshire have first option to keep the veteran for a third season.

Krikken, who led the side to promotion to Division One of the County Championship last season, is delighted to have secured the services of Chanderpaul.

"He knows what it takes to be successful and, as well as his outstanding ability with the bat, there is no doubt Shivnarine will have a hugely positive effect on our talented young squad as we embark on the challenge of Division One cricket," Krikken said.

Chanderpaul has previously played domestically in England with Durham, Lancashire and Warwickshire.

"It is tremendously exciting and it sends a huge message of intent out to the whole of cricketing world about what Derbyshire are aiming to achieve in the coming season.

"He is at the pinnacle of his game even at the age of 38 He will bring batting supremacy and will be a huge influence in the dressing room to a young side.

"It was the overall vision for the team that has driven Shiv over the line and that was very clear as we were finalising the deal."