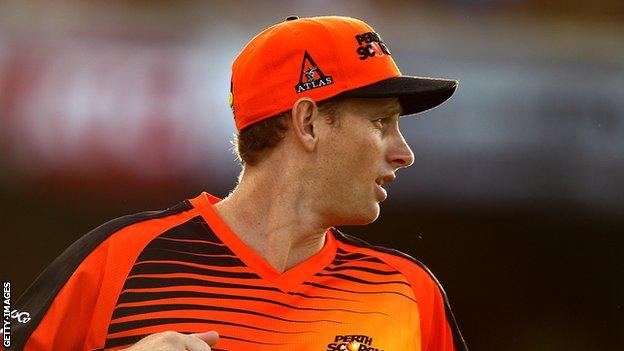 Middlesex have announced the signing of Australia batsman Adam Voges for this season's FL t20 competition.

The 33-year-old, who averages over 31 in the short-form of the game, will be eligible for the whole tournament.

Middlesex's managing director of cricket Angus Fraser said: "In 2012 we seemed to lack a bit of experience and nous in crucial match situations.

"It cost us at least a couple of games. The signing of Adam will hopefully help us to remedy that problem."

Voges, who is currently representing the Perth Scorchers in the Big Bash, Australia's domestic Twenty20 competition, has previously played in county cricket for Hampshire and Nottinghamshire.

Voges has scored more than 2,500 runs in 101 domestic T20 appearances and has played four T20 internationals for Australia.

"Adam has an excellent track record in all forms of the game but particularly in T20 cricket," Fraser added.

"His experience will be invaluable and everyone I have spoken to tells me he is a top bloke."