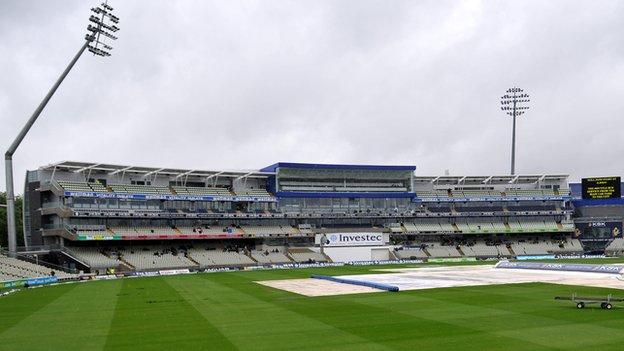 County champions Warwickshire hope to announce a successor to former director of cricket Ashley Giles by the end of the month.

Assistant coaches Dougie Brown and Graeme Welch have both been among those interviewed this week at Edgbaston.

Former Bears batsman David Hemp is another candidate and chief executive Colin Povey must decide whether to appoint in-house or pick an outsider.

West Indies coach Ottis Gibson and England & Wales Cricket Board performance director David Parsons are also reported to be interested in the post.

The county's hierarchy have not so far commented publicly, other than to reveal that England bowling coach David Saker was not offered the job.

Meanwhile, former Warwickshire and England fast bowler Gladstone Small is to stand down from the club's' committee after 10 years because of his growing business commitments.

"With a need to spend greater periods of time away from my Midlands base, it has become difficult to devote as much time," said Small, who won nine trophies with Warwickshire between 1980 and 1999 and played 17 Tests for England,.

Warwickshire chairman Norman Gascoigne said: "His experience in the playing and business management sides of the club has been invaluable."