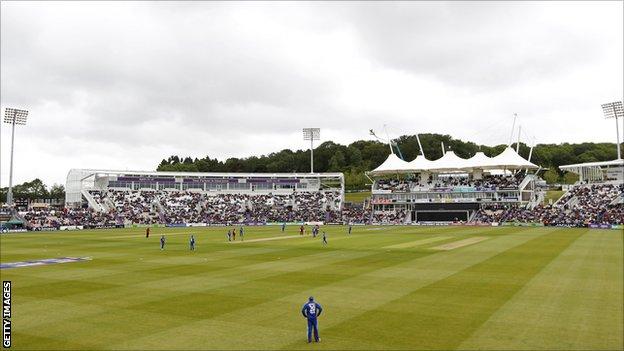 Hampshire and Cricket Australia (CA) have announced a partnership which will see six of the Baggy Greens' most talented young players spend each summer at the Ageas Bowl academy.

Under the programme, the Australian players will turn out for six local club teams during the season.

"And says a great deal about the facilities and the staff here."

The players will also make full use of the facilities at Hampshire's International Cricket Academy.

"For some time we've been looking at ways to maximise the fantastic facilities we have here. Cricket Australia are the first to sign up to it and there will be others," added Bransgrove.

"This gives the southern hemisphere countries an opportunity to send their most promising young players abroad during their off season so they have the consistency of year-round development."

Hampshire will find out the names of the six players arriving at the Ageas Bowl in the next seven to 10 days.