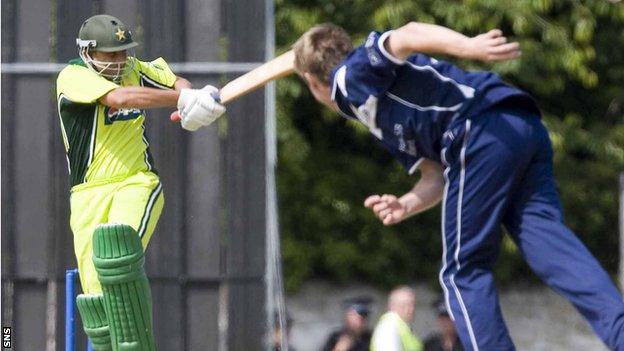 The sides will meet on 17 and 19 May this year at The Grange and Drummond is relishing the prospect.

"These matches are particularly important for the development of the current squad," he said.

"It's a fantastic platform for us to show what we are capable of."

Confirmation of the ODIs follows changes to eligibility rules that enabled six new players to be cleared to feature for Scotland.

Drummond said Pakistan would provide a stern test in the summer.

"We have the chance to qualify for two global ICC events in 2013, and now we find we also have the opportunity to play two top test nations with Australia also visiting for an ODI in September," he said.

"It's a fantastic platform for us to show what we are capable of, as we did with victory against Bangladesh last year. These are the sort of matches that every Scottish squad member will want to be involved in."