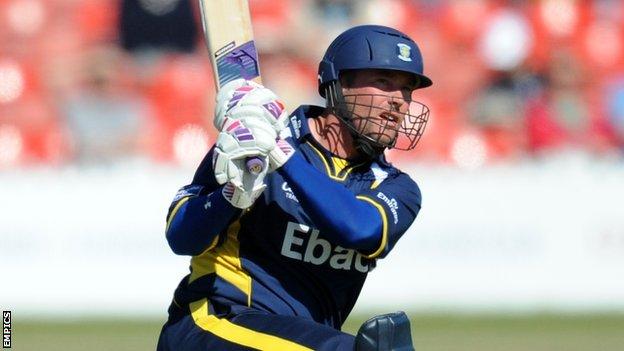 All-rounder Blackwell, 34, had a third shoulder operation two months ago, but the problem remains unresolved.

"The prognosis is not good and it appears he may not be able to play to a professional level again," Harker told BBC Newcastle.

"We have been in touch with Ian and his agent and we are in discussions with them as to the best approach."

In July, Durham head coach Geoff Cook said that Blackwell was struggling for fitness and carrying a back injury.

Blackwell did not return to the Durham side, but was instead loaned out to Warwickshire towards the end of last season and helped the Bears win the County Championship Division One title.

If he retired, it would bring to an end a career spanning 16 years, including a solitary England Test cap against India in 2006.

The Chesterfield-born player began his career at Derbyshire, before moving to Somerset in 2000, where he spent the next eight years.

He joined Durham for the 2009 season, but fitness concerns have limited his appearances at Chester-le-Street.