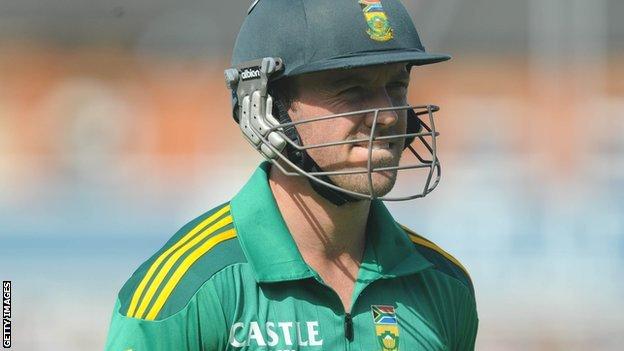 The Proteas lost by one wicket in Paarl in the first of a three-match series.

They were six overs short of their target when time allowances were taken into consideration.

Batsman Faf du Plessis will lead the team in the next two matches, in Kimberley on Tuesday and Potchefstroom on Friday.

Meanwhile, David Miller has been called up as a replacement batsman.

De Villiers faces a heavier suspension if he is found guilty of the same offence in the next 12 months.

The 28-year-old could be banned by the International Cricket Council for eight one-day internationals or four Tests if he repeats his actions.

The slow over-rate in Saturday's match also cost his team-mates 100% of their match fees.

The sanction was imposed by match referee David Boon and De Villiers pleaded guilty to the offence and accepted the punishment, meaning there was no need for a formal hearing.