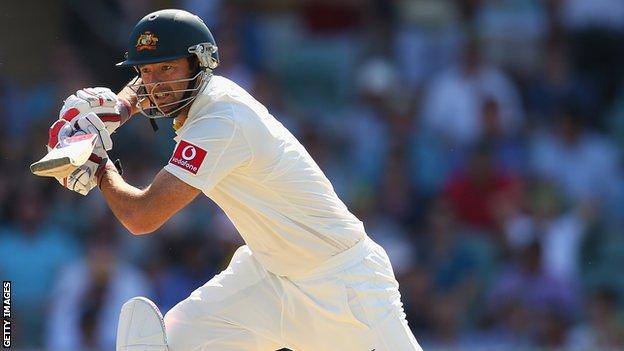 The 30-year-old Victoria left-hander has two Test appearances, both coming against South Africa in November.

"I am delighted to have signed a contract to play for Essex this summer," he told the club website.

"I am very excited about the plans for Essex this season and I look forward to helping our drive to securing silverware in 2013."

Quiney, who can also bowl right-arm medium, added: "The 2012/13 (Australian) season has been an amazing one for me, fulfilling my ambition of playing international cricket and I am now able to achieve one of my other major cricketing ambitions by playing county cricket."

Essex's new player failed to make an impression for his national team in his two Tests, however, being dismissed for a duck in two of his three innings and only making nine in the other.

Despite that, Quiney is still likely to figure in the selectors' thoughts for this summer's Ashes series in England.

He scored 938 Sheffield Shield runs at an average of 49.38 in 2011/12 and was voted Australian domestic cricketer of the year.

Quiney has also featured for Rajasthan Royals in the 2009 Indian Premier League tournament and Melbourne Stars in Australia's Big Bash.

Essex head coach Paul Grayson said: "It's an exciting signing for the club. Initially, he is coming over for the start of our season and will probably be with us until the end of the Friends Life t20 competition.

"We'll revisit the situation then because obviously Australia are touring over here and he wants to try to make a big impression with them.

"I've met Rob and spoken to him a few times. He's a quality player and a very good man who comes highly recommended from some good people that we know."