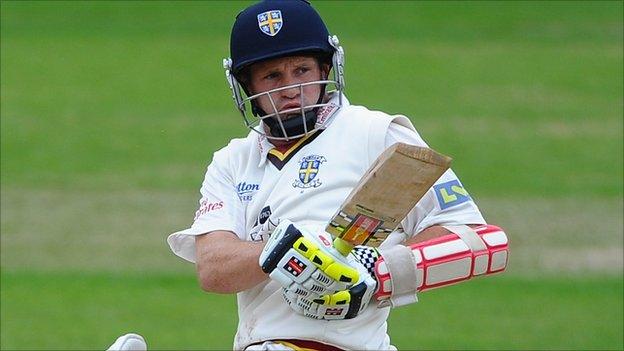 Durham all-rounder Dale Benkenstein has been named as captain of the MCC squad to play Warwickshire in the Champion County match in Abu Dhabi in March.

Meanwhile, Rajasthan Royals pair Rahul Dravid and Shaun Tait will play for the MCC in the Emirates T20 Trophy games.

Dravid, 40, enjoyed a glittering career with India as Test captain while Australian Tait, 29, is a feared paceman in short-form cricket despite injury problems earlier in his career.

Sussex and Warwickshire will provide the opposition in Dubai in the build-up to the Champions Trophy.

Adams said his selection was a huge honour and that he was relishing the game.

"I was really surprised when I heard about being involved in the curtain raiser," Adams told BBC Radio Solent.

"It's a huge honour really, I never expected to be in the mix for those type of things.

"At the start of the year you always think it would be nice to get that acknowledgement, and I'm delighted to get the call and to be able to go."

John Stephenson, MCC head of cricket and manager of the squad in the United Arab Emirates, added: "It will be a wonderful experience for the younger members of the MCC squad to share a dressing room with world-class players."

There are two further slots for players yet to be confirmed - one of which is likely to be a wicketkeeper.