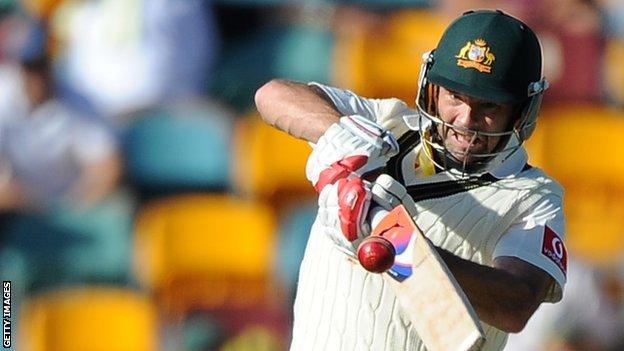 Essex head coach Paul Grayson has said the arrival of Australia batsman Rob Quiney will ease concerns over a drain of talent in April.

The Chelmsford club could be without Alastair Cook, Ryan ten Doeschate, Owais Shah and Ravi Bopara for the start of the 2013 season.

"We needed to bring somebody in," Grayson told BBC Essex.

"We're one of the few counties hit badly by the IPL. Potentially you're losing four of your best players."

Opening batsman Cook is rarely seen in action for his county due to his commitments as England Test captain.

Ten Doeschate and Shah will be on IPL duty, potentially until the end of May, which is a prospect all-rounder Bopara is also considering.

But Grayson has recruited 30-year-old Quiney, a top order batsman with two Test appearances to his name, initially until the end of the FL Twenty20 competition in mid-August, at which point the Essex coach has said they will "revisit" the arrangement.

"Australia are touring this summer, he's keen to play county cricket and he wants to get back into the Australia side," he added.

"I see this as something hopefully long term - if he does well for us we could maybe have him back for two or three years. It's nice to get continuity in the side and hopefully he can give us that."